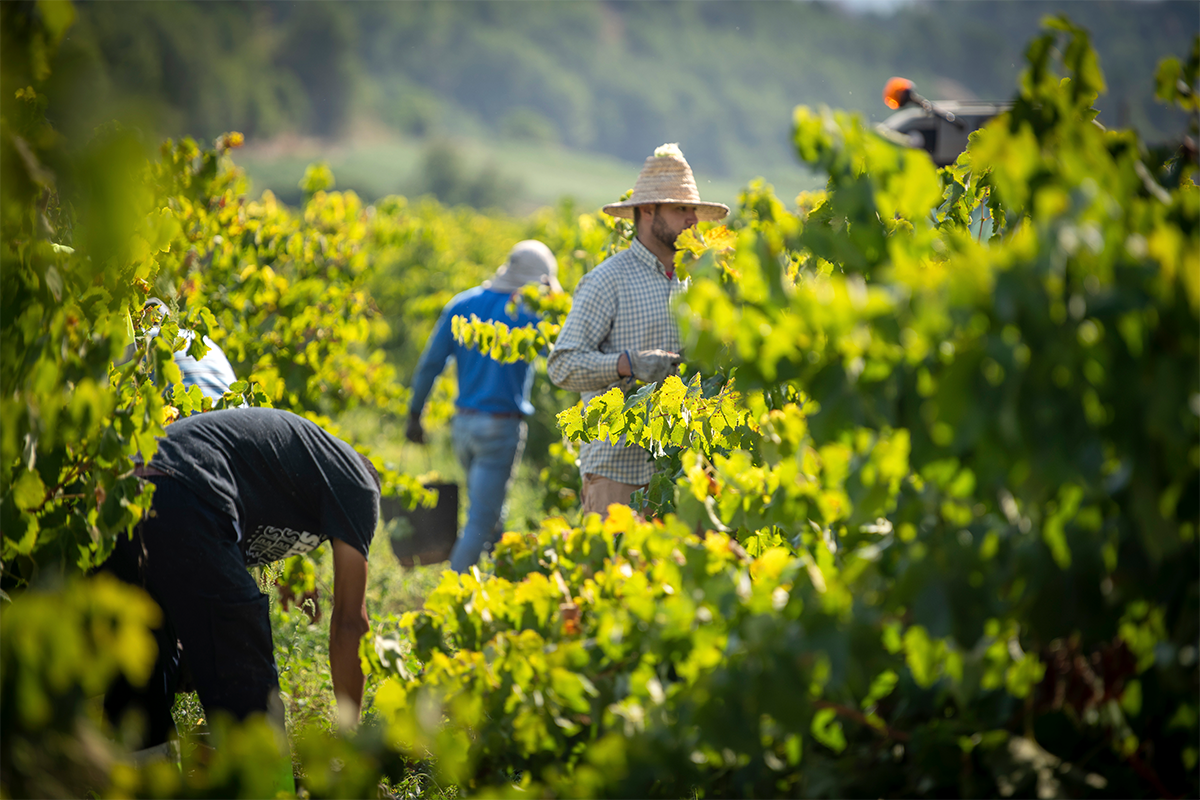 Autumn temperatures were normal and there was a mild beginning to winter. Despite the rise in

temperatures in February, they stabilised in March and budbreak took place at about the normal

time. With the increase in temperatures in June, the shoots grew faster.

(552 l/m 2 ) – and it was not well distributed over the year. The vines grew adequately despite the

extreme drought, although there were great differences between varieties when it came to the

harvest. The lack of water had a greater effect on the early varieties which had smaller, more

concentrated berries. By contrast, the later varieties made the most of the September rains to

increase their yield. All the grapes were very healthy.

The wines from the harvest will have a high degree of freshness, with great finesse and fruit tending